Due to numerous violent encounters with outlaws in the nearby Deep Fields, G&B struggled to find qualified staff willing to apply for Alcyone Station. The company's last resort was an initiative that promised untrained civilians a pass to the homeworlds if they signed up for a year of service. A cost-effective solution considering that only 63% of all participants ever finished their service alive...

Alcyone Station is a site in the G&B Mining Fields region of the Ceto system in Everspace 2. It is revealed after starting the Spares and Scrap mission. This location has high G&B activity with two large dockable stations, alongside several other structures, overseeing aetheum crystal mining on the large asteroids present. There is a very bright yellow/green gas cloud below the large asteroids & stations with a corrosive center. 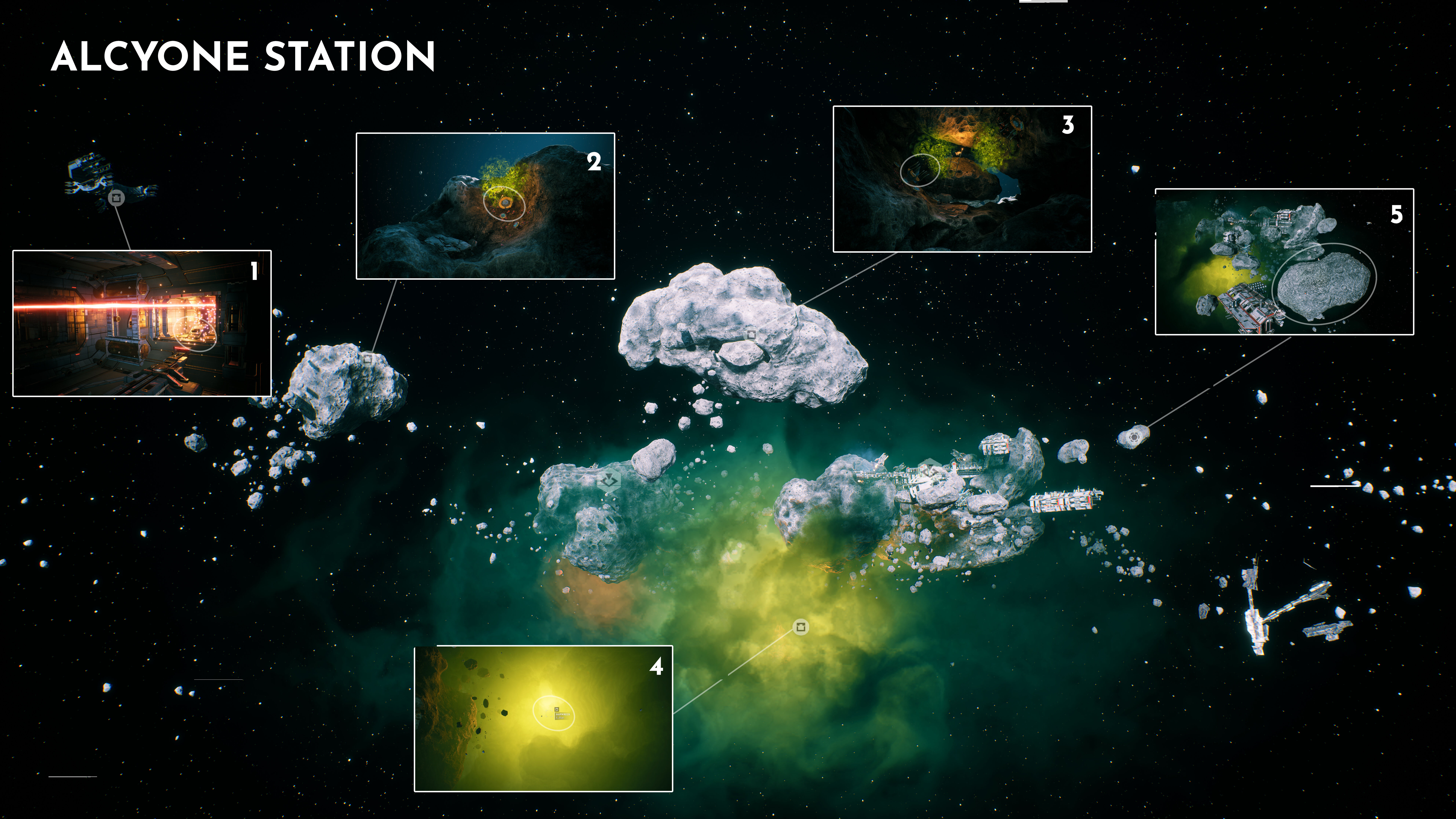