Considering all its undiscovered life forms and transdimensional mysteries, the Beltegrades are strikingly poor of scientists researching them. The most common exception are company-funded institutes who care more about arms manufacturing than the reproductive methods of hydra anemones. Still, every once in a while an independent team manages to set up a base in the cluster. Although, how they manage to survive in this shark tank may be the greatest scientific mystery of all.

Ceto Orbit is a site in the "Deep Fields" region of the Ceto system in Everspace 2 in close orbit around the star. It consists of a very large asteroid, anchored to which is a colonial solar research station, with a few other smaller asteroid clusters & rock formations nearby. 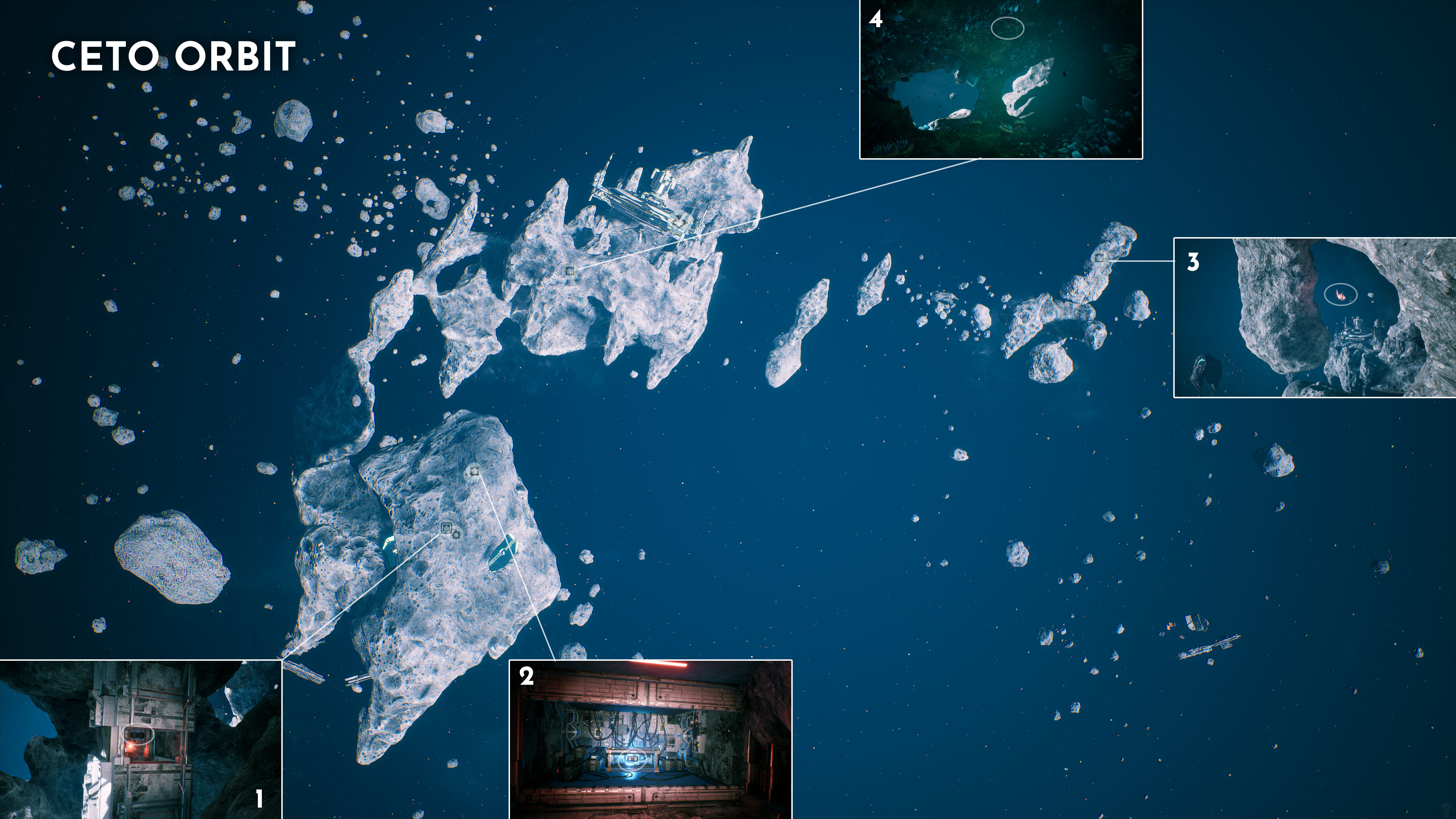