An amendment to the Space Security Directive 93 states that obsolete tools, facilities and general infrastructure must be brought to and collected at a stable gravitational hub, so not to interfere with intra- and interstellar traffic. In other words, G&B is legally bound to dump their scrap where it cannot float away. Welcome to Charybdis Junkyard.

Charybdis Bowl is a site in the G&B Mining Fields region of the Ceto system in Everspace 2 and is where a large part of the main mission Spares and Scrap takes place. This location is a very large scrapyard on the surface of a desert planet. There is very little faction activity here. 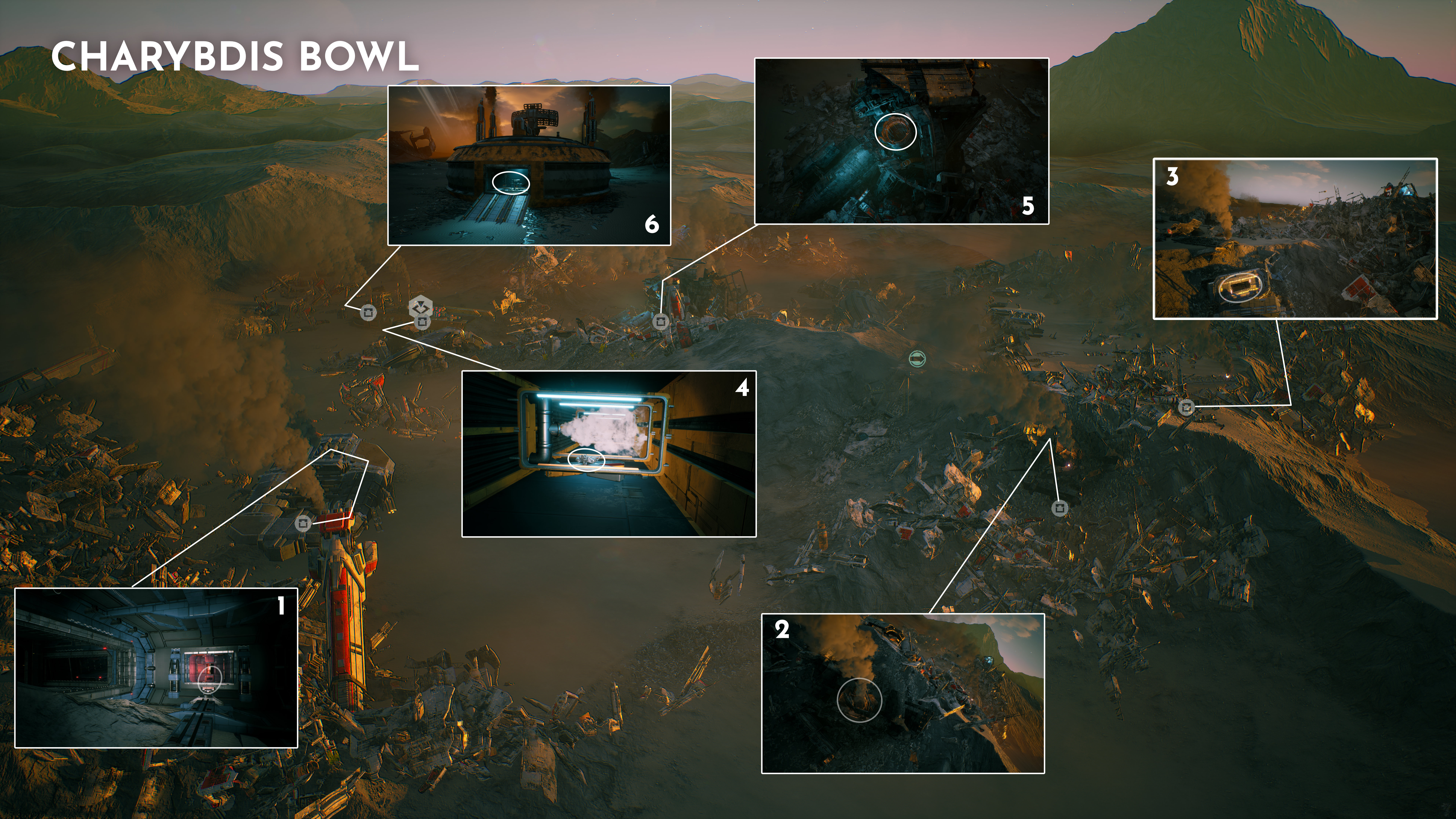 Points of interest listed below use the hill with a bright Aetheum crystal deposit as a reference, with directions facing towards the scrapyard (away from the sun and the aetheum hill).