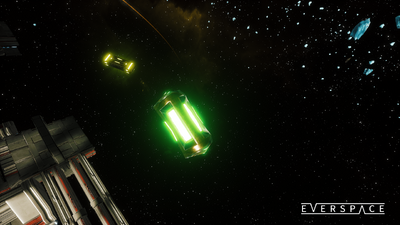 Credits are the currency in the Everspace universe. While in the hangar and the in-game equipment menu, the current amount of credits can be seen in the bottom left corner of the screen. While in third-person, the current amount of credits is shown below the fuel at the top right of the screen. In the first-person view, it is shown in the center section of the cockpit's hud, on the right.

Credits can be obtained by:

During a run, credits can be used to:

At the end of a run, regardless of how it ended, credits can be spent on unlocking or buying Perks, or unlocking the other ships in the hangar. Unspent credits are lost upon beginning a new run.