A fleet of war wrecks eternally orbiting the carcass of Palaemon.

Ghost Fleet is a site in the Shattered Planetoid region of the Ceto system in Everspace 2. It is revealed to the player as part of the Ceto Ghost Hunt mission. This location is a large Colonial wreck field in orbit around a shattered planet. Most of the pieces have open interiors, many containing broken AI unit terminals, which were once a way to access the ship's HIVE unit(s). 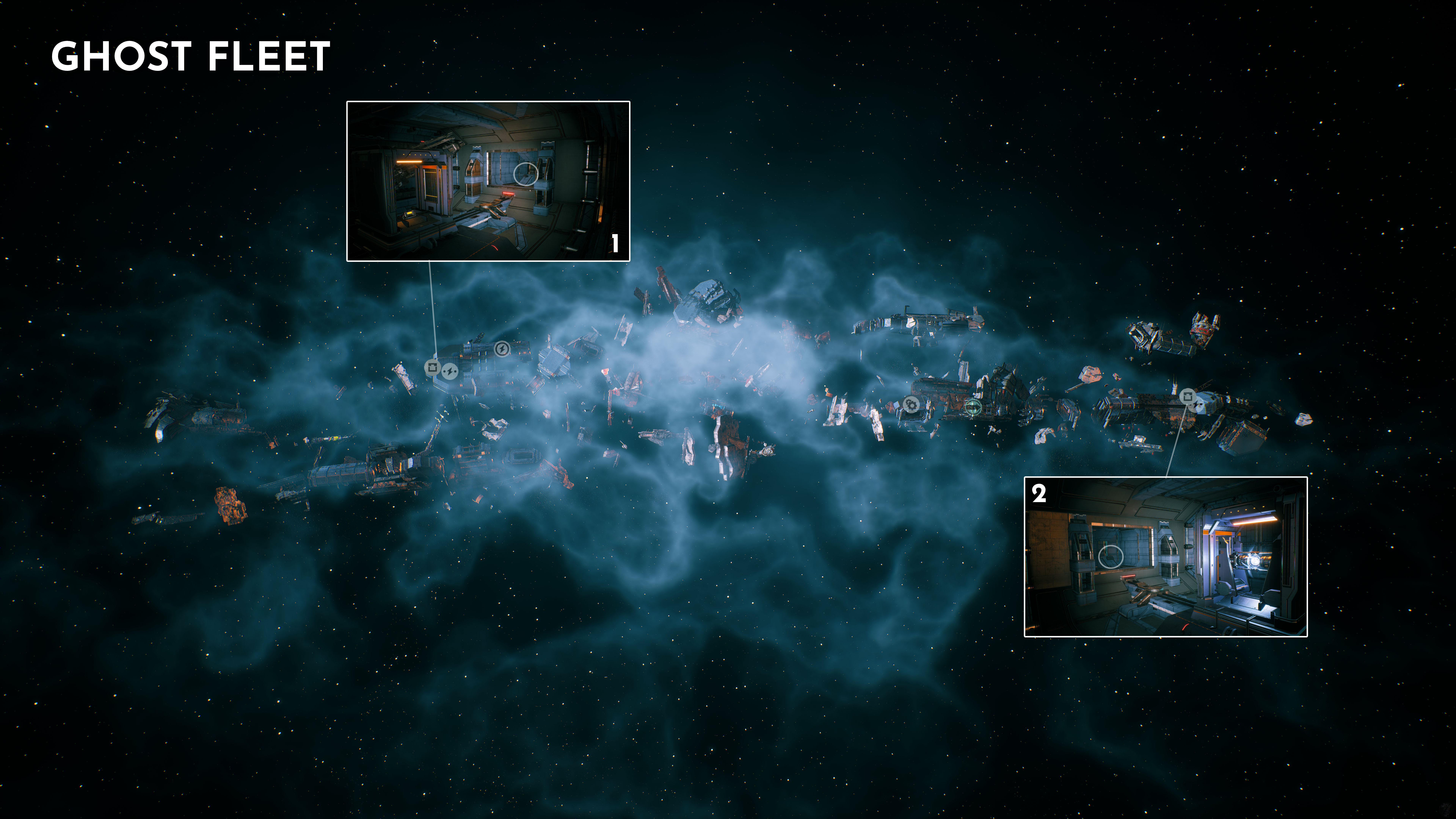