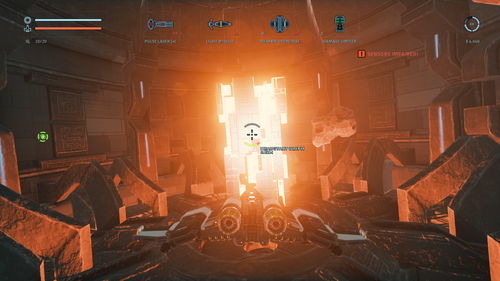 Glyphs are a type of enhancement in Everspace. They are unlocked by defeating Ancients at Ancient Depots (one glyph for each depot) and going close to the monolith in the center of the large structure, then picking up the glyph that spawns. The first glyph unlocked will always be the Ancient Structures glyph.

There are eleven glyphs in the game - collecting all of them awards the Mr. Ancient achievement. The list below shows them in the order that they are in on the in-game enhancement selection screen.