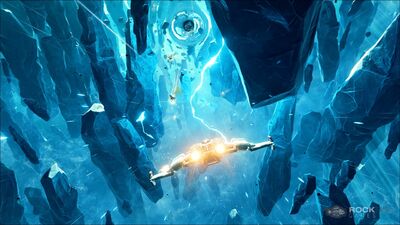 An image of an electric storm from the Kickstarter.

Natural hazards in Everspace are unique phenomena localized to random zones and typically have a negative effect or can make gameplay more challenging. Once the second level of the Sector Scanner Perk, most will be marked on the sector map with

. Some are not as major and do not affect the whole zone, and are not marked on the sector map. There are several types of hazards.