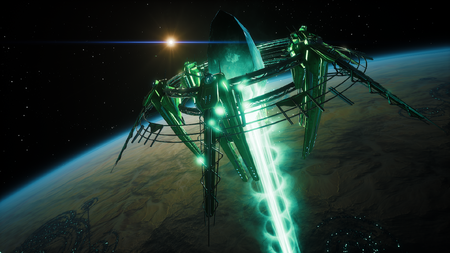 The Okkar Homeworlds are one of the few special locations in Everspace, the others being Sector 7 and Ancient Depots. They are a useful source of Viridian Energy (from the crystal and from Okkar ships that jump in afterwards). It is an optional location in the main storyline, but must be traveled to to complete Karlie's questline.