The mining planet Palaemon was the Colonial Fleet's main source for weapon-grade Aetheum crystal. It was also the site of the worst civilian massacre during the Colonial-Okkar War, when an Okkar assault squad ignited vast amounts of already processed Aetheum inside the Colonials' vaults, effectively blowing up half of the planet. The incident marked the end of the war and the birth of the fragile construct called the DMZ.

Palaemon's Wound is a site in the Shattered Planetoid region of the Ceto system in Everspace 2. This location is in orbit around the planet Palaemon, which was devastatingly blown open during the war between the Colonials and the Okkar. It is an Outlaw stronghold with very high enemy activity at several bases with strong defenses. It is the penultimate location in the Ceto Ghost Hunt mission. The largest base has the disruptor. 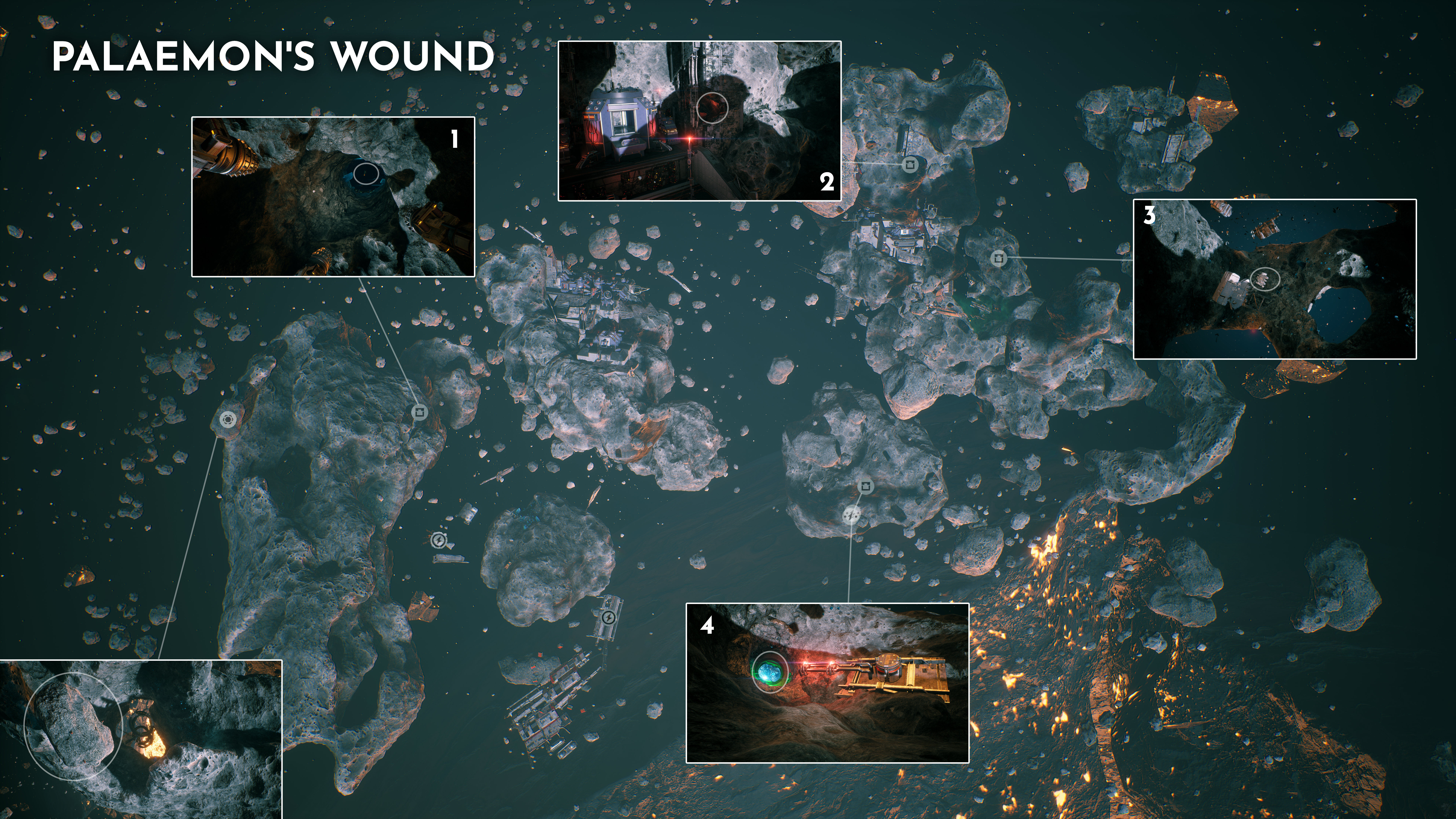