The "Bridge" is the only known gate out of the remote Ceto system and connects it to the far busier Union system. During the war, Colonial leadership had a large and expensive cannon installed that aimed at the gate in case of hostile entities flooding through. It never occurred to them that the Okkar might have had their own, far more versatile wormhole technology.

Union Bridge is a site in the Home Turf region of the Ceto system in Everspace 2. One of the bean bags for the Edge of the Universe is located here, as well as the Primesense STA from the Trading Outpost for the In Transit main mission, which is also the source for the The Good, the Bad, and the Decent side mission. This location has a high level of G&B activity with several freighters and their fighter escorts as a result of the trading outpost and the jump gate. The area itself is in orbit around a small ringed gas planet Nemertes, with two wreck fields, a few large asteroids, and two large abandoned stations/structures. 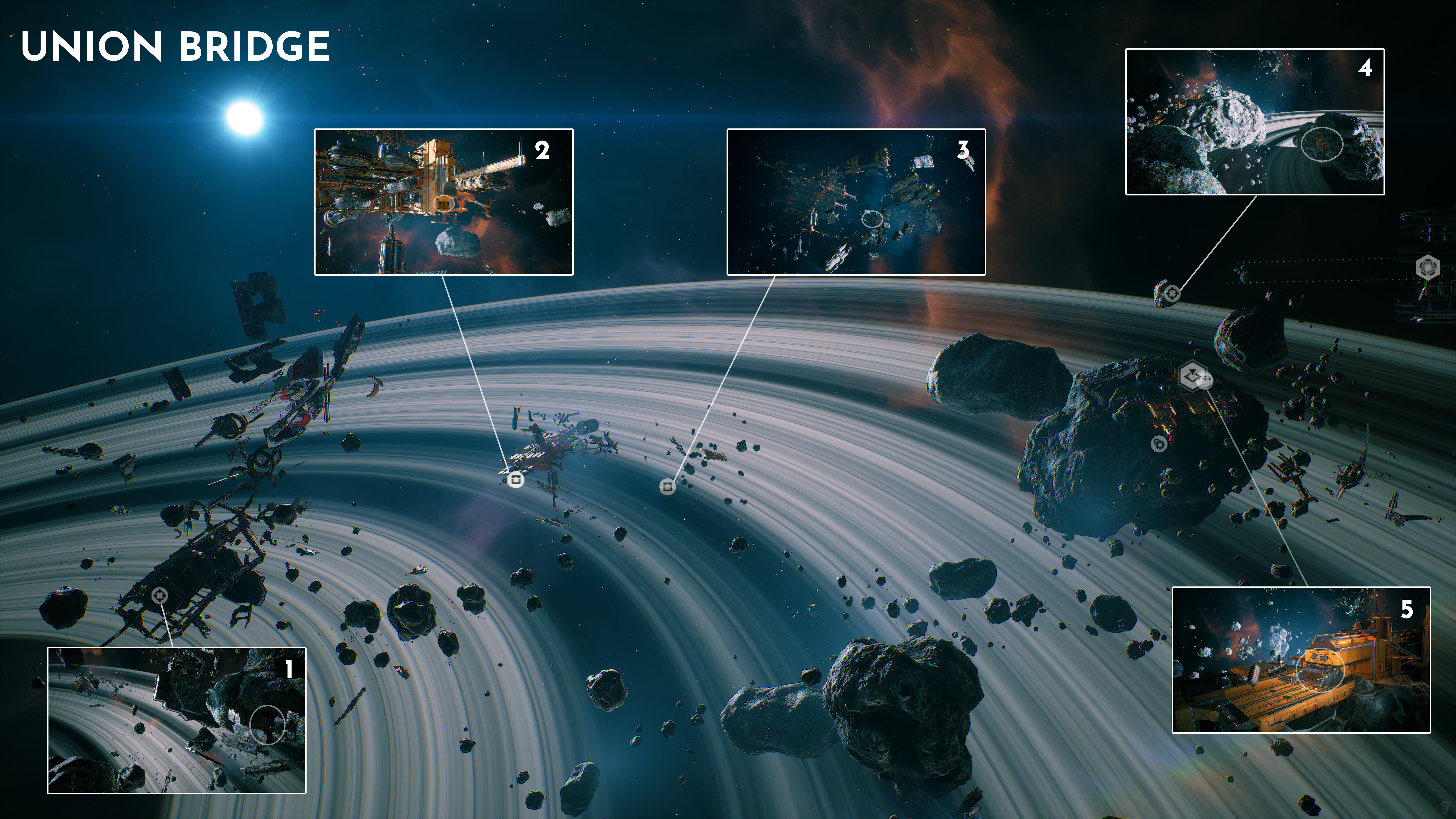